Media and news coverage for Toronto defence lawyer David G. Bayliss, who has achieved outstanding victories for clients facing all types of criminal charges, as well as for the wrongfully convicted. Bayliss has experience in all areas of criminal law, but most of his practice focuses on defending people facing charges of murder, manslaughter, sexual assault, drug trafficking and drug possession. He also has a strong interest in The Canadian Charter of Rights and Freedoms, police misconduct and quality legal defence for all people.

‘Utter nonsense’ that lenient bail system is a cause of Toronto shootings: lawyer

CANADA: Only here do we pander to criminals

The courage of a conviction

Slaying seems to sneer at justice

Cops over the top 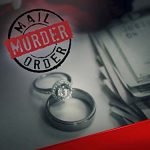 “Diagnosis Murder” tells the story of several Canadian parents who say they were wrongfully accused–and the leading-edge medical researchers who believe they’re telling the truth. The stakes are high: Some have gone to jail. All have had their other children taken away from them.

Now new evidence questions whether the syndrome even exists and whether some of those convictions may have been wrongful.

The Consequences of An Allegation of Sexual Assault