Most people in jail today are innocent: Michael Bryant 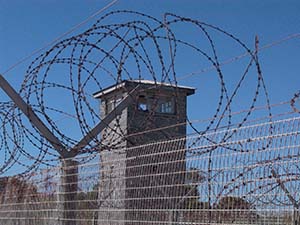 According to StatsCan, “On any given day in Canada, there are more adults in custody awaiting trial or sentencing in provincial/territorial facilities than there are adults serving a sentence.”

On his way to the White House, Barack Obama promised to free untried people from prisons like Guantánamo Bay Detention Camp, or GTMO. His failure to do so is an ongoing political controversy. But in Canada, we heard nothing during the recent federal election about our own crisis of innocent prisoners. That ought to be a scandal in itself. After all, we’ve got GTMO justice operating right here.

If I told you that most people in jail are innocent, you might roll your eyes at presumed lefty claptrap. But this is a fact, not a conspiracy theory. Stats Canada: “On any given day in Canada, there are more adults in custody awaiting trial or sentencing in provincial/territorial facilities than there are adults serving a sentence.”

This situation is the reverse of how it all worked for most of our history.

What happened? In a word, fear. Today, unfounded but real societal fears trump the constitutional presumption of innocence when it comes to what we do with people charged with crimes.

When I was first appointed Ontario Attorney General in 2003, I pressed the deputy attorney general on this global phenomenon, wherein supposedly enlightened democracies with constitutional rules of due process had prisons filled with more untried innocent people than the convicted. His raised eyebrows conveyed the obvious: you’re the attorney general. You can try to change this, you know.

I didn’t. And it’s only gotten worse.

Back then, I suffered the malady of ignorance. I would have said that I was more concerned about public safety. Little did I know that many victims of crime in Canada are exactly the kind of person who ends up in jail. The homeless, addicted and mentally ill (who are often all three) are more likely to end up in jail, innocent or not, and more likely to be a victim of a crime, than the rest of us.

However, when the rest of us eyeball a grubby kid in bail court, we might bristle at the thought: risky thug. This is the heart of our collective (and my past personal) ignorance. That grubby kid is not well. He should be in Sick Kids Hospital. That grubby homeless guy should be in a hospital too.

Both end up not with health care, but handcuffs. Because they’re scary looking.

This is the crux of the problem with our bail system today: it is driven primarily by fear, rather than reasoned principles of a civil society. If the latter grounded our bail system, then the presumption of innocence would triumph. Instead, the bail system is all about public fears, and, I hate to say it, self-preservation by the decision-makers.

Just think about it. Why would police or prosecutors or a judge not release someone who has been charged but not tried? Because they’re afraid that the person will do something bad pretrial, and that will make the police or prosecutor or judge look bad. Even if the latter decision makers are fearless, they are bound by foreboding rules, riven with fear.

This isn’t conjecture on my part. According to the John Howard Society, it is well established by social science research that “decisions made at various stages of the criminal justice system are increasingly influenced by organizational risk aversion” — a fancy term for fear. The legal test for bail in Canada is similarly organized around risk aversion: risk of flight, risk of harm and then more risk analysis. Protecting the public from risk is a mug’s game that’s ended up jailing a lot of innocent people.

Who cares? Believe me, you would care if you were the one charged, faced with the prospect of awaiting trial in jail. Or if you cared about how we treat Canadians living in fear — that is, not guided by empathy or reason, but by our own fears. You’ve got to start with your own fear, in my experience, before you can expect the rest of society to change for the better.

Michael Bryant, Ontario Attorney General from 2003-07, is a director of the John Howard Society of Ontario and the Pine River Institute (youth treatment centre). He is the author of 28 Seconds: A True Story of Addiction, Tragedy and Hope (Penguin, 2012).